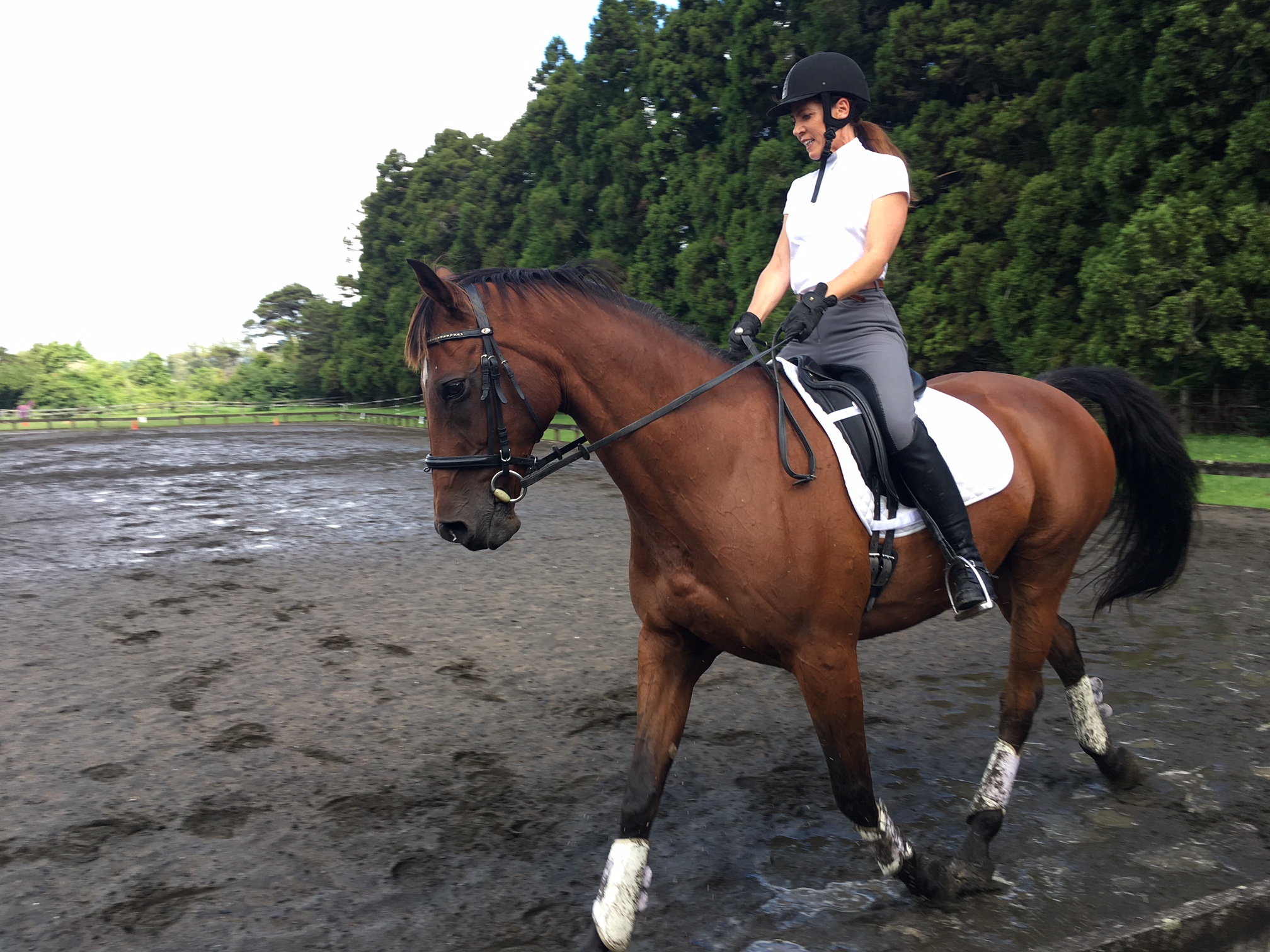 As a young girl living in New Zealand Stacy Gregg wanted to be two things when she grew up – a horse rider and a writer. She now considers herself very, very lucky to be both at once!

Becoming a writer was the easy part – all she needed was an exercise book and a pen. Stacy wrote loads of poetry and short stories at school and then became a journalist, writing features for magazines and newspapers and working as a fashion writer (v. glamorous and lots of fun!) before her first book in the  Pony Club Secrets series was published in 2007.

Since then Stacy has written 24 books. Her stories had taken her all over the world from Arabia to Italy, Spain and Russia. Her latest novel, The Fire Stallion, is set in Iceland and there is a new book due soon set in Berlin and Poland – Prince of Ponies. Stacy also does a picture book series based on the adventures of a very naughty miniature pony called Mini Whinny!

The horse riding dream was tougher to achieve. There were many years of saving up and begging her unhorsey parents (and teaching her dog to showjump in the meantime!) before Stacy finally got her first pony when she was 10. It was the best day of her life when she got Bonnie – a dark brown mare who had one white sock and a perfect white heart on her forehead.

Talented but difficult ponies often populate the Pony Club Secrets books – and maybe that is why Stacy has a soft spot for them in real life!