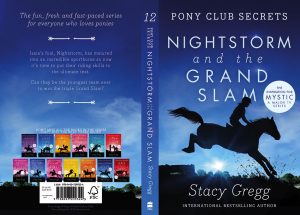 In the glamorous and dangerous world of three-day eventing there are three super-elite competitions that are together regarded above all the rest as the very greatest test of a rider’s skill and courage. These three events are: The Kentucky Four-Star, The Badminton Horse Trials and The Burghley Horse Trials. Winning any one of these famous equestrian contests is considered a remarkable feat. Even more incredible however, is the rider who can win all of them in a clean sweep. This three-in-a-row victory is, without a doubt, the most coveted title in the world of eventing. A phenomenon known simply as the Grand Slam.