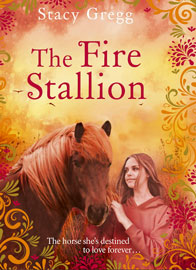 When I was little, I was terrified of the dark. I was totally convinced that night-time brought the monsters to life.

I never thought that one day I would miss it. That I would be here now, lying in bed wide awake at midnight, longing for the peaceful inky blackness of a true night sky.

When I push apart the blackout curtains in our log cabin it’s as bright as day outside. Lilac clouds sweep in drifts across the sky, their edges rimmed with fiery shades of pink. At the horizon the sky deepens into blood red until the point where it strikes the sea and becomes molten gold.

Nobody mentioned the constant daylight to me before we arrived in Iceland. Mum had told me it was going to be freezing here, even though it’s the middle of summer, but she never said that in summer there’s virtually no night. It’s because we’re so close to the North Pole. The sun pretty much never sets.

You would think that continual daytime would be cool – like staying up as late as you want. But it’s not like that. Eventually, you want to sleep whatever, and then you find that you can’t because, even with the blackout curtains, those rays find a way of creeping in. Just knowing that the sun is blazing outside while you’re in bed trying to sleep is enough to keep you wide awake.

No wonder this place is messing with my head. Ever since that night with the fire ritual, I swear that I’m not always me any more. I shift back and forth, my shape becoming one and the same as hers. If I focus hard now, I can hear her voice. More than that, I can feel her thoughts and instincts. They’re mingled with mine. Brunhilda’s Viking blood is coursing through my veins. I’m a thousand years old and thirteen all at the same time.

Yesterday, as I walked across the fields towards the horses with Anders I saw this patch of brilliant red berries growing right there on the moss beside the track. Without thinking, I picked some and put them straight in my mouth. Anders was horrified.

“Are you crazy? They could be poisonous!”

I laughed. “They’re delicious,” I insisted, holding them out to him. “Try some!”

I would have been in big trouble if Katherine had caught me. Feeding potentially poisonous wild berries to her lead actor? She would have hit the roof. I’m not even a proper crew member on this movie, I’m only here because of Mum.

Anders hesitated for longer than I expected. “How do you know, Hilly? If they’re poisonous, they could kill us,” he said.

“I’ve got no intention of dying,” I replied, smiling. My hand was still outstretched, daring him to take them.

“Nobody intends to die,” Anders said, plucking the entire handful from my palm and then munching them down.

I double-checked the berries on the internet when I was back at the cabin later that day. Lingonberries, it said. They turn scarlet when ripe for the picking. Perfectly safe. A staple of the ancient Icelandic diet. But then I had known that when I had picked them. It’s because of Brunhilda. I know everything that she knows. All about the natural world around me here. Like I can tell you which are the tastiest of the mosses and lichens growing on the volcanic rocks. I’m an expert too on gathering seaweed, picking through the salty strands washed up on the shoreline, divining which kinds are suited for eating raw and which would be better for stewing in the cooking pot. The other day, walking along the beach, I found a dead Greenland shark that had washed up in the storm and, without even acknowledging what I was doing, I found myself digging a hole in the pebbles at the top of the tideline, where I knew it would stay dry, and burying the body. I dug the hole shallow, but deep enough so that the heavy stones I piled up on top will press down and squeeze the shark, making the deadly toxins leach out as it rots. It will need about a month like that before I can go back and dig it up again and eat it. By then its noxious juices will have disappeared completely and the meat will be safe to consume.

I mean, come on! How did I know that? Since when is the process of fermenting a Greenland shark something a kid from New Zealand knows how to do?

My connection to Iceland becomes more powerful every day. There’s a magnetic pull that anchors me here. I can hear the land humming with energy, can feel its volcanic vibrations beneath my feet and in the air.

I don’t tell Mum any of this stuff. She’s fed up with what she calls all the “mystical mumbo jumbo” that’s been happening to me since we arrived. Mum’s very practical and hasn’t got much patience for hippy-drippy nonsense. As the head of the costume design team, she spends all day dealing with highly strung actors and actresses banging on about their spirituality, and it has made her intolerant.

That’s why Mum can’t stand Gudrun. I know a lot of the crew totally agree with Mum and think that the cultural consultant is either a schemer or simply nuts. Behind her back they call her “the Icelandic witch” because she swans about in these floaty dresses, burning bunches of sage and chanting Norse poetry.

Nobody can do anything about Gudrun, though, because Katherine, the film director, is the one who brought her along. Gudrun’s a professor of Icelandic saga, and knows everything about the real-life Brunhilda of the film.

“‘Cultural consultant’ is a fancy term for getting in the way and holding up the rest of us who have real jobs to do,” Mum complained after that first day of filming, when Gudrun made everyone run late by insisting that the whole crew formed a circle round her while she chanted and “blessed” the set.

Mum says that Gudrun is crazy, or just very good at acting crazy to keep her job. Either way, Mum really doesn’t like me hanging out with her. But she’s wrong about Gudrun. I know her rituals are annoying, but she’s not faking it. Gudrun is one hundred per cent serious. She truly believes in everything she’s doing.

I remember when we got off the plane at Keflavik airport and Gudrun sidled up to me. She put her pale arm round my shoulder, pulling me close to her so that no one else could listen when she whispered, “Hilly, do you hear the land crying out to you? Iceland knows that the Norse heir to the throne has returned to her. You are home. You are home.”

And it’s true – I am home. I belong here. Or perhaps that’s the sleep deprivation talking. It’s 2 a.m. and I still can’t sleep. I get out of bed and pull on jeans and Ugg boots, along with my thickest woollen pullover and a North Face puffer jacket. Then I head out of the cabin and down the woodland path that takes me between the crew’s cabins, all the way to the fields beyond.

It’s midsummer and yet it’s so cold my breath makes puffs of steam in the air as I walk. I have to shove my hands deep in my pockets to stop my fingers from going numb.

At the edge of the cabins there’s a stile I clamber over and I keep on going, the gravel of the path crunching lightly beneath my feet. The moss on either side of the path is a washed-out sage green. If you step on it, your foot leaves an imprint then slowly springs back up. Halfway to the fields the moss clears and now the soil turns black. There’s steam rising up from hot pools that are deep enough to climb into at the end of a hard day’s filming.

Beyond the black steaming rocks, more moss grows, and then rust-coloured heather and tussock grass form little islands in among the marshlands. This is where Mjölnir lives.

When Mjölnir arrived, the crew all had trouble pronouncing his name – for the record you say it “Meel-nir”. Anyway, no one could get it right so we called him Hammer, because that’s what Mjölnir is: he’s the hammer of the gods – the weapon that once belonged to the mighty Thor.

At the edge of the marshlands I stand with my hands cupped at my mouth and call his name.

He could be sleeping, I guess. He doesn’t have the same sort of insomnia as I have. He was born here and he thinks it’s perfectly normal to sleep in daylight.

“Hammer!” I try again and this time, in response to my call, a clarion cry thunders through the air, echoing across the fields.

And then I see him. He flits between the trees of the woods like a black shadow. His mane is flying wild, like brilliant scarlet silk ribbons in the wind, and his tail flashes behind him as if it’s on fire.

Gudrun says she threw the runes and asked the gods to bring her the perfect horse. She believes that all of this was fated to happen – me and her and Hammer too.

Looking back, she was preparing Hammer to be with me right from the start, just as she was readying me for the rituals of Jonsmessa, preparing me to make the Cross-Over when the time came. I only wish I had known that back then, but I guess if Gudrun had told me the truth about Jonsmessa I would have thought she was crazy, too.

You’re going to think I’m mad myself, unless I backtrack and start at the beginning… unless I tell you how I ended up in this remote land of volcanoes and ice at the furthest end of the world.

It’s no coincidence that I’m here. Gudrun is right about that. She read in the runes that I would come and I have. I am here in Iceland to do what needs to be done for the saga. To make things right at last, not for me but for her. I will fight this battle to redeem Brunhilda and bring glory to the one true queen. Her saga has been told before, but this time there’s a twist. This time we’re in it together.