It was pretty awesome that the first school I visited on my book tour was MY OLD PRIMARY SCHOOL.

I went to Ngaruawahia Primary in the Waikato from year 5 to year 8 and it was my time at Ngaruawahia Pony Club that inspired my very first series Pony Club Secrets – so it was very cool to be able to visit the school and meet everyone all these years later.

After Ngaruawahia Primary, we visited Southwell School in Hamilton – the kids there were really amazing. Then on to Marion Catholic School – also incredible and a signing at Books for Kids. Thanks to Grace who came to get her book signed for her birthday and gave me a bran muffin that she had baked at school that day – very yummy!

The next day we visited Cambridge School. You know how the school houses in Harry Potter all have names like Gryffindor and Slytherin? Well at Cambridge School the house names are all the names of famous horses – including Sir Tristram and Charisma! It really is one of the horsiest places I have ever been! We also visited the equally horse-mad kids at Pirongia School and did a book signing at Paper Plus Te Awamutu – thanks so much to everyone who came especially the Waikato Dio girls who came all that way and Sophia and Madeleine Stratford!

In between all of this there was time for shopping – I bought a lovely new black leather bridle and Sandra, my publicist, bought a horse ball (see pic) for her young foal Juno to play with! 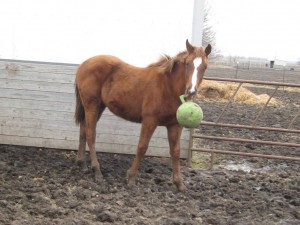