In between working on the new book (The Girl Who Rode The Wind – out in August) I have spent the long summer months travelling around New Zealand playing groom to my daughter (well I wasn’t grooming her obviously – I was grooming her superstar pony Miss Maddison). In March they rode dressage at Horse of the Year in Hastings and went to St Peters School to compete against all the North Island Secondary Schools in the level 3 dressage. By the end of March it felt like it had all been dressage-dressage-dressage for months and we were desperate for some jumps. But not as desperate, it turned out, as Miss Maddison. She got such a shock to finally be doing the show jumping phase at Coatesville ODE she jumped every fence with boundless energy and far too much wild enthusiasm! Incredibly they still went clear – and clear on the cross country too and won their class! I agree with Miss Maddison – so much fun to be jumping again! 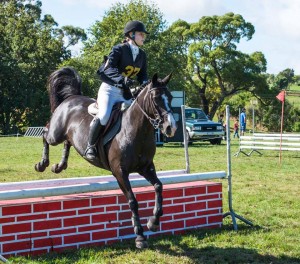